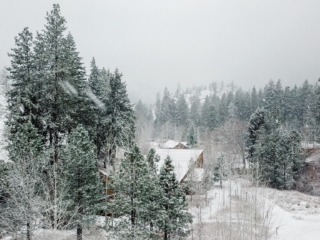 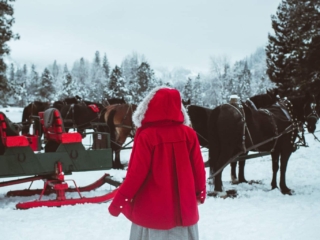 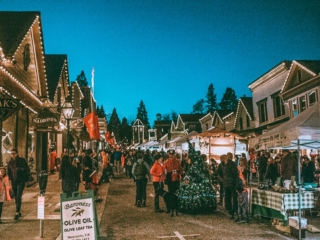 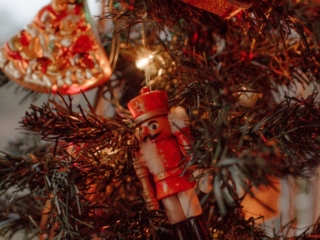 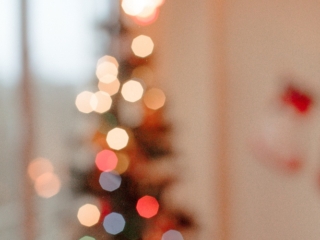 In this article, we’re going to share how to celebrate yule in different ways – from spending time with loved ones to practicing self care, but first what is Winter Solstice?

The winter solstice is the longest night and shortest day of the year, with the least number of daylight hours. This is when the sun is at its lowest point in the sky, although from the winter solstice forward, the days will slowly start to get longer again.

In the northern hemisphere (where the United States is located), the winter solstice occurs around December 20-21 each year, when the sun reaches 0° of the zodiac sign of Capricorn.

The winter solstice is often called the first day of winter, although we often feel the onset of wintry weather and celebrations several weeks earlier.

In the witchy and pagan cultures (or communities), the winter solstice is most often referred to as Yule, an anglicized version of the Nordic celebration. 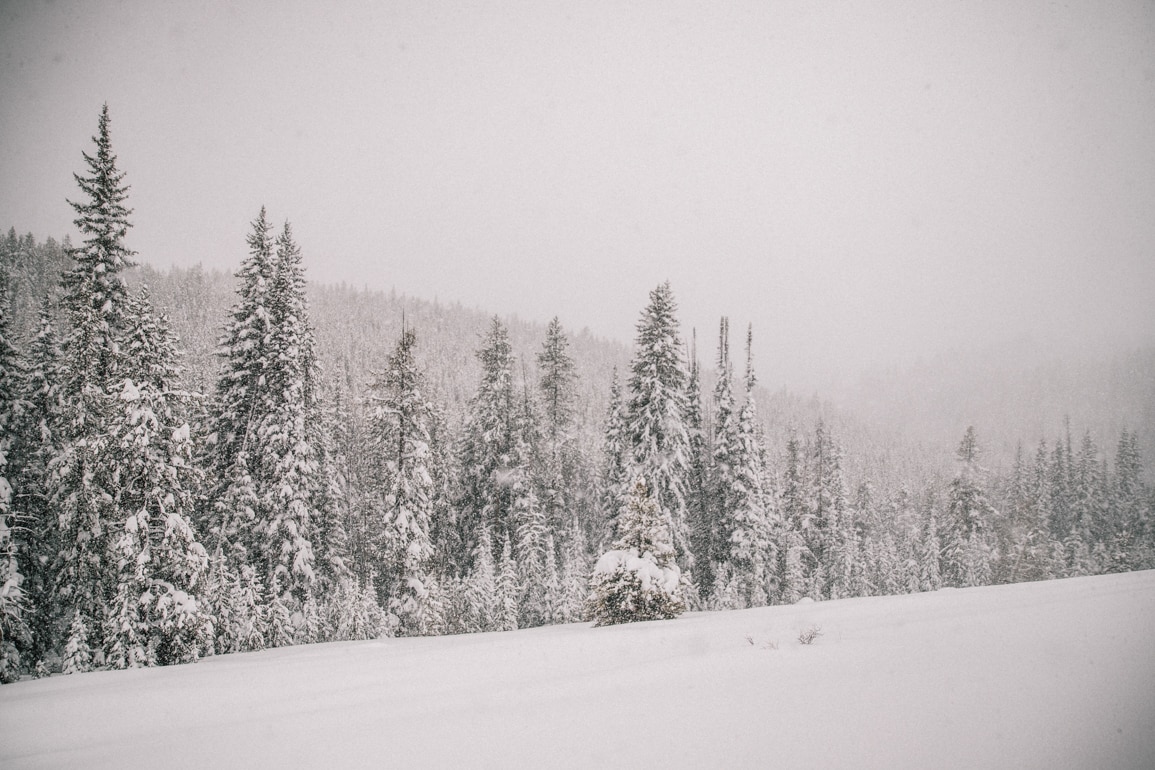 An Introduction to the Winter Solstice

This ancient pagan holiday celebrates the darkest part of the year and honors the return of the sun in the natural world, as the days get longer once more. It’s all about bringing light to the darkness – literally and metaphorically.

The spring equinox and autumn equinox takes place in March and September, when the sun is in Aries and Libra, respectively, and are the two days of the year when daylight and nighttime hours are equal. These are the four pagan solar sabbats in the Wheel of the Year.

Winter Solstice Celebrations in Pop Culture and Around the World

The winter solstice is pervasive in cultures all over the world. Many cultures celebrate this time of year with seasonal and religious holidays, such as the Christian Christmas, Jewish Hanukkah, and African-American Kwanzaa.

This has always been an important time of year to mark and celebrate. In ancient times, this time of year would have been the deepest, coldest season of survival.

Celebrating the December solstice was about honoring the earth and the sun so that warmth and light would return and survival would be assured.

Over time, as we formed communities and settled in villages, it also became a cozy time of year for drawing within by the warm hearth and sharing stories and gifts.

Pagan holidays that celebrate this season include Yule from the Germanic peoples, Saturnalia from Ancient Rome, and Alban Arthan from the Druids.

We even see the winter solstice represented again and again in pop culture. I’m not just talking Christmas movies here, although some classics are more Yuletide in nature than Christian, such as Elf and various retellings of The Nutcracker, and more modern renditions like Klaus and Frozen.

I think we could even argue that It’s a Wonderful Life is very celestial in nature, given that the “angels” are literally stars looking down on earth… Just saying.

Of course, there’s the Yule Ball in the Harry Potter books and films, which is perhaps the most famous and magical example.

Students at Hogwarts celebrate a mix of Yule and secular Christmas, which is pretty accurate for many modern witches and pagans, though some choose to celebrate the pagan holiday only.

The Yule Ball is very much a celebration of winter, with the Great Hall decorated splendidly with icicles and snowy, white trees.

Though it is a fantastical representation of the festival, it captures the spirit of Yule – celebratory, joyful, and full of light and warmth, in contrast to the cold and the snow outside.

Yule In The Chilling Adventures of Sabrina

We also see the winter solstice represented in The Chilling Adventures of Sabrina. The Spellman family lights a Yule log on the solstice, a sacred and ceremonial log burned in the fireplace, and Sabrina’s aunt insists that it must be kept burning all night to ward off evil spirits on the longest night of the year.

Of course, the log is extinguished in the episode and chaos ensues…

Although this is a different take on the winter solstice, there are ghostly connections on this day, as there are on Samhain and Halloween.

A Christmas Carol is the most classic example of a winter holiday ghost story, but Sabrina takes on this interesting mythos as well!

Yule In Doctor Who

My personal favorite, slightly offbeat representation of the winter solstice in popular culture is in the 2010 Doctor Who Christmas special, “A Christmas Carol”.

In the episode, The Doctor’s companions Amy and Rory are trapped on a crashing ship on Christmas and only one angry, lonely old man has the power to save them and everyone onboard.

The Doctor proceeds to travel back and forth in time in the old man’s life to try and change his mind about helping – it’s an excellent use of the show’s unique mythos and the traditional story.

But my favorite bit is the dialogue at the very beginning of the episode, when the narrator explains that, “On every world, wherever people are, in the deepest part of the winter, at the exact midpoint, everybody stops, and turns, and hugs, as if to say “Well done. Well done, everyone! We’re halfway out of the dark.” Back on Earth, we called this Christmas, or the Winter Solstice.”

This truly sums up the meaning and joy and sorrow of the winter solstice.

Read Next: 20+ Harry Potter Christmas Decoration Ideas to Give Your Home a Magical Touch

Symbolism of the Winter Solstice and Yule Traditions

You likely recognize most, if not all, of the common winter solstice traditions as Christmas traditions.

That’s because Christmas is essentially a pagan holiday. When the Christian church was attempting to convert European pagans to Christianity, they co-opted pagan holidays as a way to win them over.

Yule was renamed Christmas and given the distinction of celebrating the birth of Christ. There is quite a bit of mythology that describes the original beliefs associated with the winter solstice. Some talk about the solstice as the rebirth not just of the sun itself or of the return of the light, but as the rebirth of the sun god.

In this instance, the dark days of December are seen as the death of the sun, followed by his rebirth when the days grow longer again.

Another story is that of the Oak King and the Holly King. Each king rules over one half of the year and they fight for control at the solstices.

At the winter solstice, the Holly King is defeated and the Oak King rules until the summer solstice, with the days growing longer every day in between.

They pretty much took Yule traditions and symbols wholesale and applied them to Christmas, which is why we decorate our homes by lighting candles and hanging up lights, decorating evergreen trees, baking with warm spices and citrus, and even burning a Yule log. 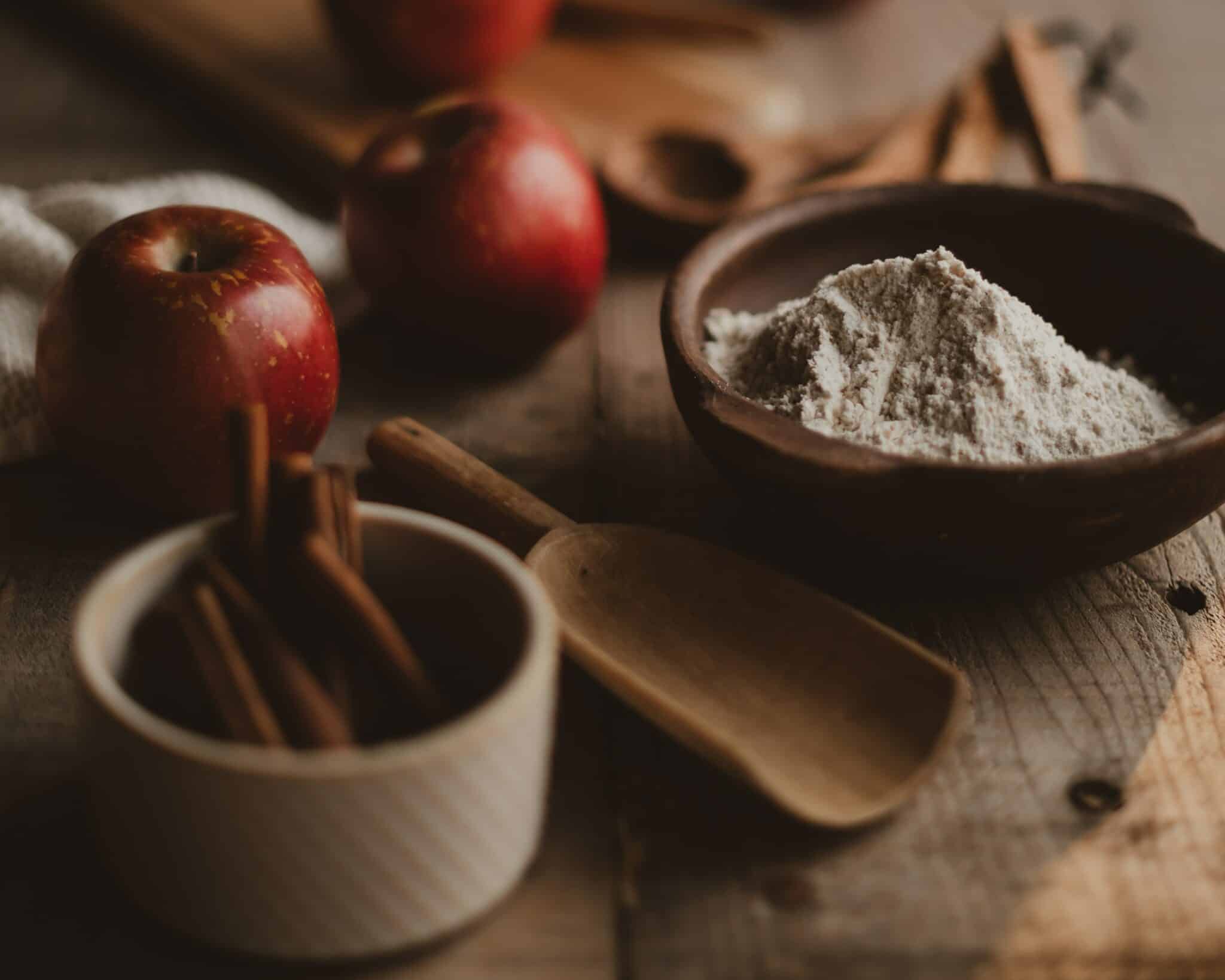 5 Ways To Celebrate Winter Solstice 2022 With Self Care

You may be wondering how to celebrate the winter solstice at home. Most importantly, celebrating Yule is about bringing meaning to all of the simple holiday traditions that you’re probably already doing or are at least familiar with.

1. Decorating a Yule tree or Christmas tree with your favorite cherished ornaments is a way to bring the beauty of nature inside, even during the coldest part of the year when most of the earth lies dormant.

2. Baking gingerbread cookies and decorating gingerbread houses with your friends or children incorporate both the magick of spices which encourage abundance and prosperity in the new year and brings fun and play into the holiday festivities.

3. Dry and hang orange slices as a garland in the kitchen or over the fireplace to honor the return of the sun and bring joy with you into the coming year.

4. Hang mistletoe in the doorway, not just for home decor, but to ward off evil spirits and call in fertility and abundance. Light candles and hang twinkle lights on the tree and the house to light up the darkness; exchange gifts and warm conversation for the same purpose.

5. In addition to the typical holiday trappings, the winter solstice is also an excellent time to practice self-care and devote yourself to spiritual pursuits.

At the darkest part of the year, we draw within to rest and retreat from the world. This is the ideal time to create a yule altar, or a cozy space to feel grounded where you can reflect and journal on the past year, and perhaps to set goals for the year ahead.

Although the calendar new year does not have any particular astrological or cosmic significance, the proximity to the winter solstice does provide a useful time for practical reflection and intention-setting.

This is also a great time for restful self-care rituals like taking a ritual bath. Light some candles, place seasonal crystals around the tub, burn spruce or cinnamon incense, and sprinkle pine needles or lavender buds in the water.

Soak in the warm water on a cold winter’s night and allow your body and mind to fully release and relax.

Read our article on the moon phases for more ideas on celebrating the full moon all year long.

Tenae Stewart is a practicing cottage witch, an astrologer, a spiritual coach, and a published author. She is on a mission to embody simplicity in magick, ritual, and self-care. Her work empowers modern witches to create rituals that fit effortlessly into their real, daily lives so they can have the magickal experiences they desire and deserve - all day, every day. Tenae's book, "The Modern Witch's Guide to Magickal Self-Care", was released in fall 2020 and was listed as a #1 new release in Astrology on Amazon. Her second book, "The Modern Witch's Guide to Natural Magick", will be released in spring 2022.