If this quote made you grin, if you love vampires, or if you’re already in the Halloween spirit, do I have a recommendation for you: What We Do in the Shadows.

This fang-tastic franchise is one of my absolute faves, and I’m eagerly looking forward to the premiere of its third season this September 2 on FX.

To celebrate this beloved bunch of bumbling bloodsuckers, I’ve made this little primer—and a bloody delicious cocktail recipe.

What DO They Do in the Shadows, Anyway?

What We Do in the Shadows is a TV spin-off of the popular mockumentary film of the same name. This show follows the comedic misadventures of vampire roommates who struggle with the mundane of modern life, from chores to desk jobs to city council meetings. Creators Jemaine Clement and Taika Waititi lend their colorful Kiwi sensibilities to the show’s unique brand of humor.

In 2015, I supported the Kickstarter to give What We Do in the Shadows a theatrical release in the U.S. following its New Zealand premiere. I didn’t know much about the movie at the time, but I was already a huge fan of Flight of the Conchords and Clement and Waititi’s work in general (even Eagle vs Shark, how’s that for hipster?).

The Kickstarter got funded, I went to a screening with only a handful of other people, and I left a diehard fan.

But what’s the appeal of What We Do in the Shadows? TL;DR: It’s bloody hilarious. Believe me, it took all my self-control to not just write down a bunch of quotes and chuckle to myself. 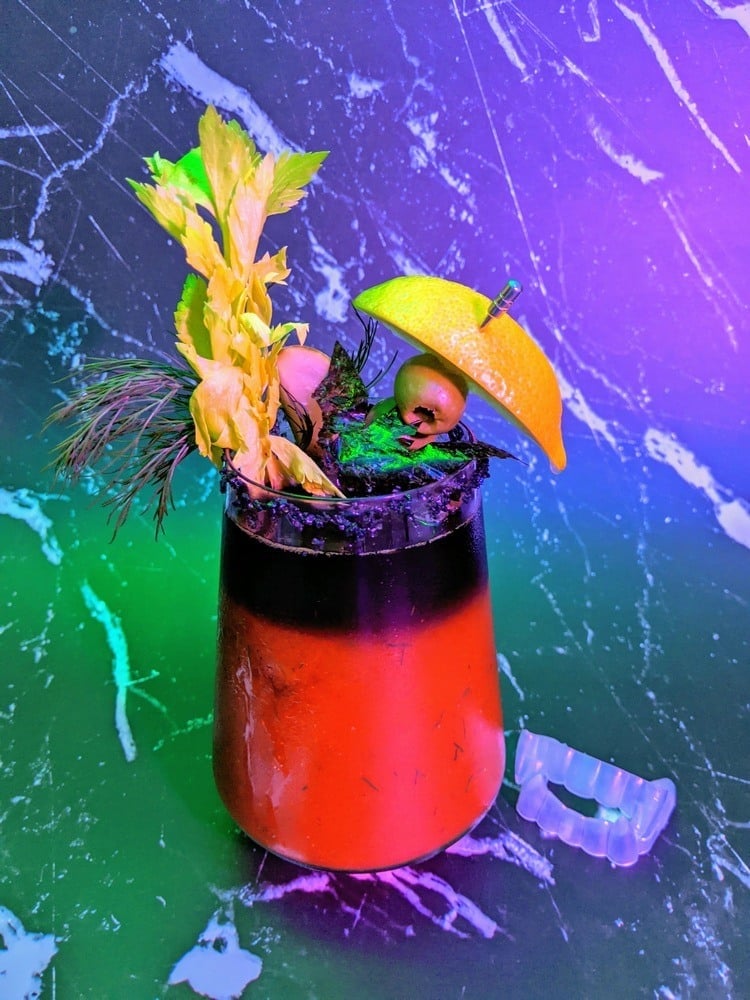 Putting the “Normal” Back in “Paranormal”

What We Do in the Shadows subverts your typical vampire tropes by focusing on the humanity of it all. Especially the tedium and banality of the day-to-day human experience—or, the inhuman experience.

The show asks: What would the everyday life of a vampire really look like? What if vampires weren’t glamorous and formidable but actually kinda ordinary? What if they were essentially the same as they were as regular people?

It’s this wry combination of relatability and absurdity that makes What We Do in the Shadows and its cast of lovable losers so, well, lovable.

Nandor is the ostensible leader of the group but is too much of a fussbudget to command much real respect from his vampire peers. He can at least count on his loyal (and underappreciated) human familiar, Guillermo, who is so obsessed with becoming a vampire himself that he puts up with pretty much anything.

Colin Robinson isn’t your average vampire… No, he’s SO average that he’s the most terrifying of them all. You see, Colin is an energy vampire. Instead of sucking blood, he drains the life force of his victims by telling the most boring and long-winded stories imaginable. (I think we’ve all met an energy vampire.)

Nadja and Laszlo are the quintessential old married couple—they’ve been together for literal centuries, after all. But when they’re not bickering or nagging, they’re shagging.

How to Make a Bloody Good Vampire Cocktail

When an old foe appears in “On the Run,” Laszlo flees from New York to Pennsylvania (because it sounds like Transylvania) and goes into hiding as Jackie Daytona.

Jackie Daytona is just a “regular human bartender” at Lucky Brew’s Bar and Grill. With a toothpick as his only disguise, he soon befriends the locals and becomes the women’s volleyball team’s top supporter.

“On the Run” is not only one of my favorite episodes but also a fan-favorite, deservedly earning an Emmy nomination for its writing.

So it seemed only fitting to pay homage to vampire-bartender Jackie Daytona for my What We Do in the Shadows drink. Is a Bloody Mary too on-the-nose for a vampire cocktail? Maybe, but that’s half the fun.

As Jim the Vampire would say, one human alcohol beverage, please!

Though vampires can’t enjoy human food and drink, I imagine Jackie Daytona would happily make a batch of Bloodies for his patrons. Or maybe for a fundraiser brunch for the local volleyball team.

When the new season of What We Do in the Shadows premieres, Bloody Jackie Daytonas are sure to be on my themed menu alongside “bat” wings, moon pies (for the werewolves), and of course, basghetti.

This recipe also easily scales up, so it’s perfect for a Halloween party or an Unholy Masquerade (don’t forget the creepy paper). And if you’re looking for more spooky Halloween cocktail recipes, try my blood-red Black Widow drink—and keep an eye out for a My Favorite Murder cocktail, coming soon!